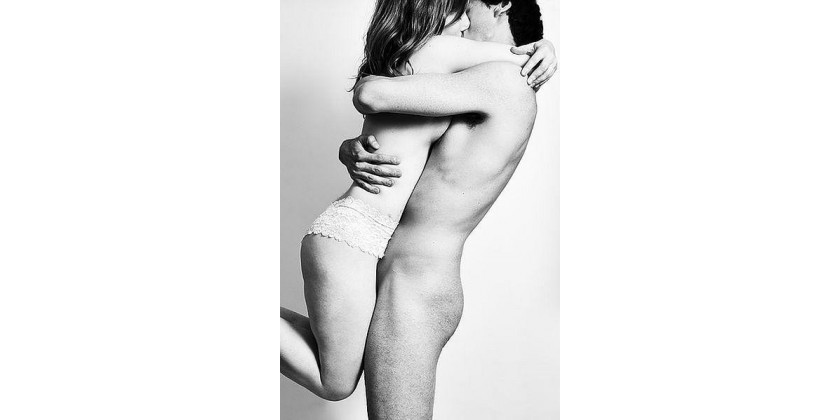 The origin of "aphrodisiac" derives from Greek mythology and references Aphrodite, the goddess of love. Since the beginning of time, men have searched for aphrodisiacs in order to stimulate their failing passions. Overtime, longevity has increased and so has the pursuit for enhanced experience. Although Viagra (sildenafil citrate) has proven itself an extremely effective aphrodisiac, it is also a prescription medication that is not appropriate for use by all men and is in fact considered "inadvisable" for those men with underlying cardiovascular risk.

In the case of many men, a more natural remedy with accompanying connotations of mellowness and tradition is preferred. The following supplements, none of which require a prescription, are commonly used as male enhancement products. Please note there is a lack of clinical evidence to support claims of not only aphrodisiac ability but also safety. It is recommended you talk to a doctor before taking any of the following supplements.

Currently, DHEA, a synthetic hormone supplement, ranks among the most popular of over-the-counter aphrodisiacs. The natural form of DHEA is considered an endogenous hormone, made in the human body and secreted by the adrenal gland; DHEA supplements are produced in laboratories from diosgenin, a plant sterol extracted from Mexican wild yams (Dioscorea villosa). DHEA is available in capsules, tablets, chewing gum, sublingual (under the tongue) drops, and topical creams, and is purchased by those who hope to improve their sex drive and performance. Different sources recommend different doses for use as an aphrodisiac.

DHEA serves as precursor to male and female sex hormones. It is converted by the body to a hormone called androstenedione, which is then changed into the major male and female hormones. DHEA levels seem to go down as people get older. After the age of 30, DHEA levels in the body begin to decrease. Taking synthetic DHEA as a supplement can cause higher than normal levels of androgens and estrogens in the body, and theoretically may increase the risk of prostate, breast, ovarian, and other hormone-sensitive cancers. No studies on the long-term effects of DHEA have been conducted; it is not recommended for use without supervision by a licensed health professional.

The yohimbe tree is a tall evergreen native to western Africa and its bark contains a chemical called yohimbine. Yohimbe bark has traditionally been used in Africa as an aphrodisiac and is currently used as a remedy for sexual dysfunction, including erectile dysfunction. As a dietary supplement, the dried bark is made into tea and taken by mouth; an extract of the bark is also put into capsules and tablets. The amount of yohimbine in dietary supplements may vary with some products containing very little yohimbine. Renewed interest in yohimbine for erectile dysfunction has prompted several investigative trials, and with these studies have come indications of side effects, such as hypertension, anxiety, manic symptoms, and interactions with used medications. Consult with a doctor before using this supplement.

Traditional Chinese medicine brings us epimedium, also known as horny goat weed, which is considered to be the most powerful of vegetarian sexual tonics. Although surprisingly little is known of it in the West, this herb may possess male hormone-like actions and is believed to work by stimulating the nervous system, especially the nerves in your genitalia. It is mainly used to arouse sexual desire, but some men take epimedium for sexual performance problems, including involuntary ejaculation and erectile dysfunction. According to the Chinese, this herb has strong kidney yang-building effects and has been found to decrease high blood pressure. Epimedium is reported to possess powerful immunity-boosting and immunity-regulating effects and is often used for promoting heath and longevity. Epimedium is most efficacious when delivered in herbal formulas; that said, please consult with a health professional for dosage recommendations.

Growing widely from Peru to Brazil, catuaba and muirapuama are two trees known for the medicinal properities of their bark. Widely consumed by natives of the northern Amazon river basin, the bark, generally presented in tonic form, has been used for centuries both to increase libido and to improve sexual potency. In fact, their harvesting and sale have become big business throughout Brazil.

Although scientific investigation of these plants is slender, reports have supported their use for sexual enhancement. In catuaba, a group of three alkaloids dubbed catuabine A, B and C are believed to enhance sexual function by stimulating the nervous system. In muirapuama, chemists have identified a group of sterols including beta-sitosterol, thought to be responsible for the herb's aphrodisiac effects. In one study using muirapuama, 51 percent of men with erectile problems reported improvement, and 62 percent experienced an increase in libido.

A number of supplement companies produce finished products containing these herbs in powdered or liquid form, and offer dosage guidelines. In a study published in 2005, chronic administration of 25 mL Catuama twice a day during 28 days did not produce any toxic effect or severe adverse reactions or haematological and biochemical changes in healthy human volunteers of both sexes. That said, please consult with your physician before using this herb.

Although these four herbs are popular among older users, it is uncertain whether they are abused by young healthy men as is the case with Viagra and other oral medications for erectile dysfunction.

A recent study examined recreational erectile dysfunction medication use among young men. Since its introduction to the consumer market in 1998, Viagra and other oral erectile dysfunction medications (EDMs), with their promise of four-hour long erections, have become an increasingly popular drug of abuse. Viagra and other oral EDMs are unfortunately associated with increased sexual risk behaviors in young men, yet they may also negatively impact sexual function. By affecting confidence, a healthy young man may lose belief in his ability to attain an erection without pharmacological aid.

The researchers worked with a sample population comprised of 1,207 sexually active men recruited from undergraduate institutions within the U.S. Participants completed an online survey assessing frequency of EDM use, as well as levels of sexual function and levels of confidence in ability to gain and maintain erection. Recreational users reported lower erectile confidence and lower overall satisfaction compared with nonusers. Researchers believe their results underscore the possibility that recreational use of EDMs among healthy young men may lead to dysfunction.

Harte CB, Meston CM. Recreational use of erectile dysfunction medications and its adverse effects on erectile function in young healthy men: The mediating role of confidence in erectile ability. Journal of Sexual Medicine. 2012.